Sacred Heart Church, Vashi was established in the year of 1993. During the period the sound installed in the church was a system made up of made speakers and Ahuja amplifiers but as it was several years since the congregation has grown the since 22 years. it was becoming difficult to cover so much of crowd and also the speech quality has dropped quite low. They were attempts made to try to revive the system through the years but the success rate wasn’t that much.

After which zoodio was consulted regarding putting up a new sound system. we at zoodio worked on the requirements put forward by the priest and the community and came up with the idea of using the martin audio blackline x series was the best suited for the budget and also well suited for giving low maintenance.

Since the churches which are made in the earlier times were designed with respect to acoustics .it was kind tough but we made it through with the best results.The Assistant  Parish  Priest  Rev Fr  Baptist Viegas commented after the new sound installation had taken place about how much he enjoyed saying masses now as he was now able to hear himself at the altar. The Blackline X  Series by  Martin  audio matched with  the  crown amification gave us the best output the make the church  sound  good and also  help in spreading the word of Christ 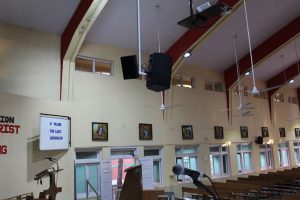 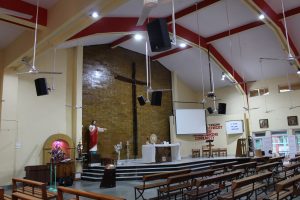 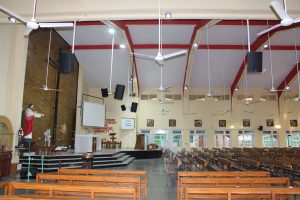 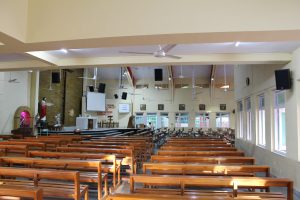 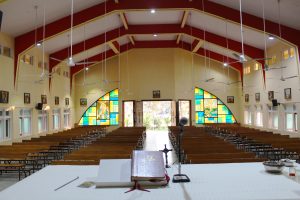 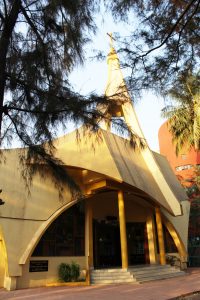 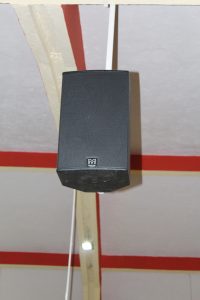